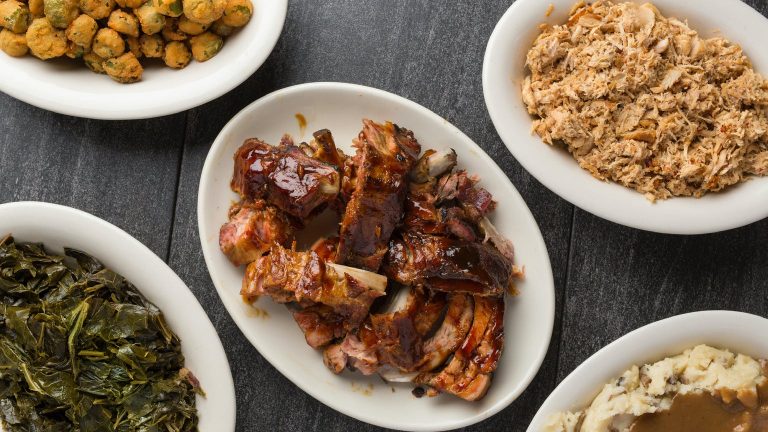 Ever cook a whole pig? Greg Hatem has. He grew up in Roanoke Rapids in Halifax county making Eastern North Carolina barbecue. If you ever get the chance to sauce down a whole hog and pick the meat while it’s on the grill, Greg recommends that you do so. Greg wanted the people of Raleigh to have a special place to enjoy it with their friends and family. So, in 2007, he opened The Pit in an old meat packing plant (ironically) in downtown Raleigh’s warehouse district for this traditional barbecue with fun takes on pig-picking’ classics.

Their chopped whole-hog barbecue is painstakingly prepared. It is slow roasted over a wood-fired pit for more than twelve hours. It’s then chopped together and seasoned with Eastern North Carolina barbecue sauce in a 350 year old tradition. Their talented chefs also put their own spin on Southern food for creations such as their Barbecue Soul Rolls (see photo below).

Some of their more surprising items are the vegetarian soy nuggets, which are so good they taste like chicken. Also their delicious cheeseburgers are topped with their own special Western NC barbecue sauce (I’m drooling already). Their sweet and tangy heirloom cabbage collards are a perfect addition to their main courses.

They have a wine room! Not to mention, a full bar and craft beers in the bottle and on tap. Pick your bourbon or beer to compliment your barbecue and sides.

When it is safe to socialize again they’re ready for you because special events require special food. Whether you want private dining at the restaurant or you’re hosting a party elsewhere, The Pit has you covered. Their catering manager can get you what you need. Gluten free? Check. A pig picking for a crowd. Check it off your bucket list! They love custom orders and we always go above and beyond when hosting events and parties.

Their warm, friendly, and inviting hospitality will make any day special.

The Pit’s hogs are free-range, locally raised, and without added hormones, in humane conditions. Their pigs are butterflied and roasted over wood coals for twelve hours. They then chop all the meat together so each bite gives you the special flavor of the whole pig. The meat then gets their special blend Eastern NC barbecue sauce. Sweet, vinegary, and steeped in tradition. 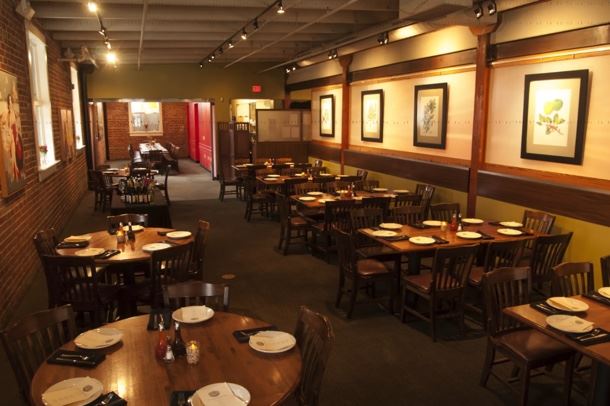 They’re Famous! The Pit has been on shows such as “Throwdown with Bobby Flay”, “Chopped”, and “Man vs Food”. They’ve had guests visit from all over the world and we’re lucky enough to have them in our own back yard.

The Pit is party of Empire Eats, which includes, The Pit in Raleigh and one in Durham, The Raleigh Times, Morning Times, Pizza Times, Sitti, Gravy, Mecca, and Square Burger. As the state looks to reopen, Empire Eats is looking forward to being able to serve their guests in the restaurants again.